Well at last we children are all back at school and our parents are at work. And I bet in your holidays you guys saw ALOT of adds and advertisments in the weekends or during the weeks about school stationary and getting back to school. Well to be honest with you I wasn't really looking forward to getting back to school' sometimes you just know that feeling when you say to yourself [ 'I'm to Cool For School' ]. Sometimes when I don't want to go to school I pretend to be sick and that surely does the trick if mums in a good mood of cause but apart from that I'm all out of tricks. The point is that the good reason of moving up into different classes is when you feel like your the leader and the senior' but actually your the responsible one that has to act well umm.... responsible i guess. Anyway for at least one reason is that you get to meet heaps of different friends that is if your moving schools or collages. But if your staying at school for about another two years like me it doesn't really make a difference.

By Anahera
Posted by Anahera at 18:44 No comments:

Here are some Man vs Wild!

Hope you guys love this video! Because you know I
do!
Enjoy!
-Anahera!

This is two of the Vilers. 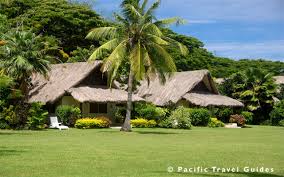 This is where we stayed in Fiji!

This is where we stayed' in a family Viler. 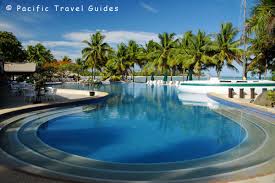 This is the main public pool.

Hoped you liked these photos.

Yesterday the 14th of October 2012 we just came back from our late flight from Fiji air pacific. We stayed in Musket cove in plantation island. The water was fresh clear and there were thousands of sand crabs and starfish! There was also a restaurant beside the pool and a beach front. We stayed in Viler 35 the same as last year. We stayed there for a week and came back to New Zealand. How we got there' First we drove from Mosgiel to Quennstown then we drove to Timaru to Christchurch.And then flew from Christchurch up to Fiji! It took four hours by plane to fly there. And took three and a half hours to fly back. We did lots of activity's there and fed stingrays and tropical fish. It was a great holiday! I wish we could of stayed longer.
Posted by Anahera at 21:22 No comments:

Another Man vs wild! Keep checking back for more this week! Don't miss another episode!

Hope you enjoy! Have fun!

This is our team name! CALM= Ciara' Anahera' Lorie' Mars. This is the planet Mars!
Mars is nicknamed the red planet because it is covered with rust-like dust. Even the atmosphere is a pinkish red, colored by tiny particles of dust thrown up from the surface.

Scientists say that there are no living creatures on mars but they have not stopped looking! Mars is also the fourth planet from the sun! Mars is also known as the Red planet because of the red dust that is like a desert.

Some questions?
How many kg's does Mars weigh?
Why is Mars so cold? Mars is so cold because Mars is further from the sun and has lesser amount of atmosphere.

Did you know that Mars is next to the planet Jupiter and Earth.
Mars weighs 6.4185x1023kg in other words ALOT!

We are getting ready to take off to space in 3...2...1... BLAST OFF! It is an amazing wonder in space! The moonlight stars shine on our rocket ship like an illusion. The fluffy candyfloss clouds leave behind us. Comets flaming past us as well as shooting stars from a distance away' that we can only see a tiny speck of light fly past us. Like a miracle would happen!
Posted by Anahera at 23:40 2 comments: